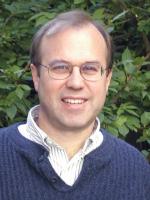 Phil Gassman is an environmental scientist at the Center for Agricultural and Rural Development at Iowa State University. Phil joined CARD in 1987. His research efforts support the integration of environmental and economic models that assess policy scenario impacts for watersheds and other regions, and the testing of field- and watershed-scale models.

Phil has worked on varied projects, such as analyses of the risks and benefits of herbicide use, soil erosion and soil nitrogen loss studies, atrazine leaching in the Midwest, the impacts of alternative practices of livestock operations, and the nature of hog confinement odor. He took part in a National Science Foundation study, with collaborators from USDA-Agricultural Research Service, Texas A&M University, Louisiana State University, and the University of Washington, that resulted in the development of a modeling system that supports analyses of alternative management and cropping systems in the upper Mississippi River and Ohio River basins. The goal of the NSF funded research was to identify strategies that can help mitigate the extent of the seasonal hypoxic zone that forms annually in the Gulf of Mexico. He also participated in multi-institutional research projects funded by the USDA that were focused on mitigation of climate change impacts on corn-based cropping systems and on the impacts of adopting bioenergy cropping systems in the Corn Belt region.

Phil received his BS and MS degrees in agricultural engineering in 1984 and 1986, respectively, and his PhD in environmental science in May 2008, all from Iowa State.