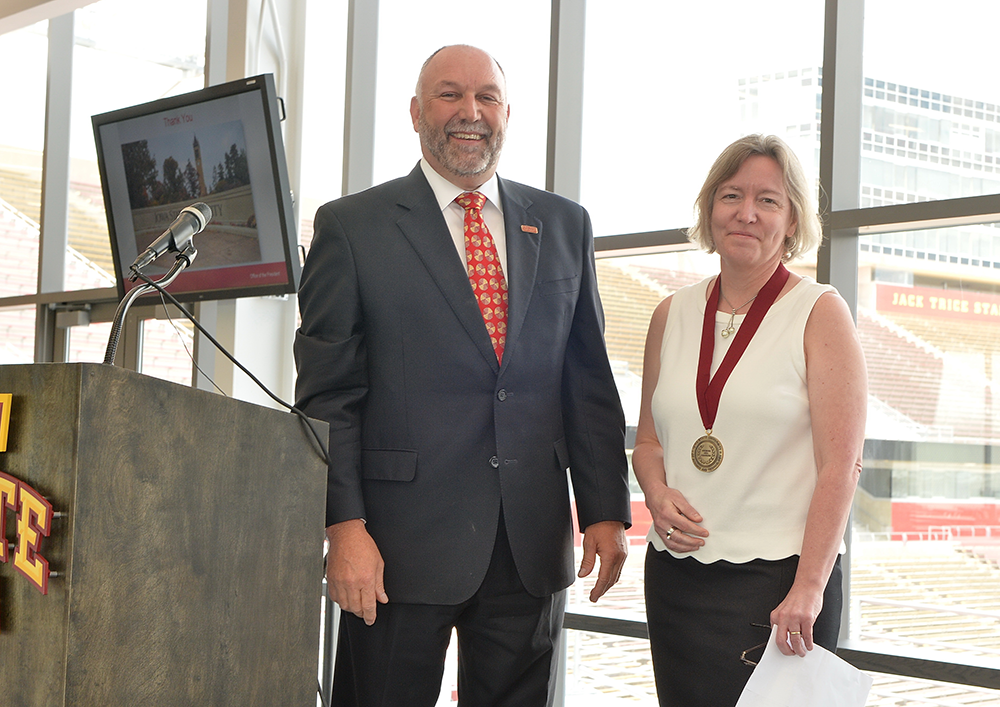 President Steven Leath has named Catherine Kling to the President’s Chair in Environmental Economics for her exemplary performance and contributions to natural resources and environmental economics.

Kling was honored on April 15 at a medallion ceremony during the ISU Foundation Governors luncheon. Kling is a Charles F. Curtiss Distinguished Professor in Agriculture and Life Sciences, professor of economics, and director of the Center for Agricultural and Rural Development. Last year, she became Iowa State’s first female faculty member to be elected to the National Academy of Sciences.

The President’s Chair in Environmental Economics was established with support from the Howard T. Lanan and Evelyn M. Lanan Endowment for Excellence. Howard Lanan was a 1938 Iowa State graduate in agriculture; the Lanans farmed for more than 60 years in Illinois.