The Center for China-US Agricultural Economics and Policy is a collaborative research center established by the Center for Agricultural and Rural Development (CARD) at Iowa State University and the Institute of Agricultural Economics and Development (CAAS-IAED), in the Chinese Academy of Agricultural Sciences. Housed separately under CARD and CAAS-IAED, the center conducts research and outreach in the areas of trade and agricultural markets, agricultural policy, resource and environmental policy, science and technology policy, and agricultural IO & institutions in crop and livestock sectors. The center publishes academic journal articles as well as policy briefs on key Chinese agricultural markets and policy issues that are geared toward both US and Chinese policymakers, industry stakeholders, and the media. 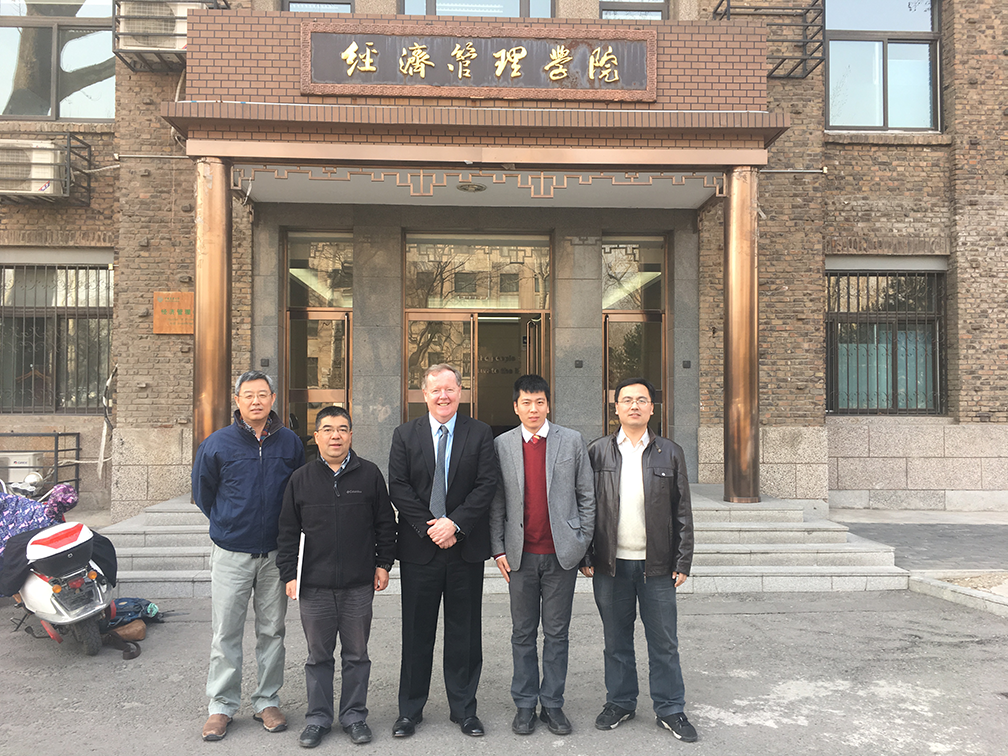 April 19, 2019: Drs. Wendong Zhang and Dermot Hayes are recruiting a postdoctoral research associate to study Chinese Agricultural Policy and Trade. Funding is available for one year with subsequent years conditional on funding and satisfactory performance. For details please go to the Employment tab.

January 31, 2018: Professor Zhang was interviewed by agri-pulse.com on the impacts of recent developments in China on US Agricultural trade.

January 28, 2018: Professor Hayes is quoted by Reuters on how scraping the NAFTA deal can hurt US farmers and increase the competitiveness of Canadian agriculture.

November 6, 2017: Professor Zhang was interviewed by The Economist on a China-Iowa friendship farm established in China modelled on an Iowan Farm.

In early 2017, two researchers at CARD, Dermot Hayes and Wendong Zhang, began working closely with the Chinese Academy of Agricultural Sciences through a joint research project. In February 2017, researchers from the two institutions met in Beijing to finalize a memorandum of understanding that established the joint research missions and terms of collaboration. The memorandum was signed in April 2017.