Do You Remember? - Steven Sonka 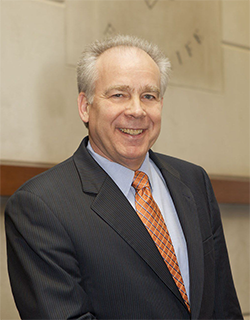 Current Occupation: Retired—previously at the University of Illinois

Steven Sonka says that his first microeconomics class was a driving force behind his interest in economics. “[It] exposed me to the simplicity and power of key economic concepts. Tolls of supply and demand were particularly relevant to me, and they helped me “make sense” of the farm which I had experienced on my family’s Iowa farm,” he said.

Having spent time on an Iowa farm, Steven says ISU was the natural place to attend to study agriculture. It was during his junior year that Steven got involved with Earl Heady and his graduate students at CARD. “I started work for Dr. Heady and his graduate students because I needed another job to help me work my way through school. Mainly I took data from the Census of Ag and keypunched the data onto computer cards,” he said.

When Steven was a graduate student he began working half-time for CARD, and became a full-time employee one year after that. “I particularly value the experience of working in a truly professional environment, where Dr. Heady engaged each of his graduate students as colleagues,” he said.

Steven says that while working at CARD was invaluable to his career in many ways, two things in particular stand out. “The goal of our work at CARD was to have impact and extended far beyond doing research. Building models and even publishing journal articles were only means toward our mission of informing decision making and policy through empirically-based economic analyses,” he said. “To be successful in conducting significant empirical analysis required the contributions of a team of individuals, often with differing skills and specialties. This experience fueled the multi-disciplinary efforts that characterized my research and outreach accomplishments.”

After leaving CARD, Steven spend more than 35 years as a faculty member and campus administrator at the University of Illinois. Currently retired, Steven still contributes to his field working in agricultural development with the Rockefeller Foundation in Africa, consulting strategic implications of digital agriculture, and serving in a part-time role as a senior economist for the National Great Rivers Research and Education Center.

In his free time, Steven likes to travel to spend time with his family—he has four children and 11 grandchildren—and occasionally, he says, he travels just to see places he’s never been.