Do You Remember? - Stan Johnson 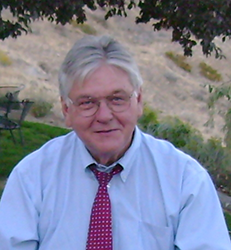 Current Occupation: Consultant and Chair of the Board, National Center for Food and Agricultural Policy

Stan Johnson was, at the time, only the second director in the history of CARD. Stan took the post of director after Earl Heady, CARD’s founder and first director, retired at the end of 1984. Stan, who says that an interest in studying the impacts of food systems worldwide first drove his interest in economics, is credited with furthering CARD’s research areas, including food and nutrition policy and agricultural trade policy, during his 11-year tenure.

What he remembers most, though, is the impact that CARD had as a cohesive team of researchers. “I remember the work done by many people—we did the large scale economic models and farm income work, the food and nutrition modeling work, the natural resources featuring base line and comprehensive modeling work, and rural development work related to industrial policy. It was a good time to work at CARD.”

While Stan considered his time at CARD to be the “capstone” of his career in economics, in 1996 he left his position to take on a new challenge as the vice provost for Extension and Continuing Education at ISU, a position he held until his retirement in 2006.

Retirement hasn’t slowed Stan down. While he says he has a lot of things he likes to occupy his free time with, he doesn’t have a lot of free time, as he still works as a consultant and board chair for the National Center for Food and Agricultural Policy.

Stan currently lives in Reno, Nevada. He is a father of two.