Do You Remember? - Simla Tokgoz 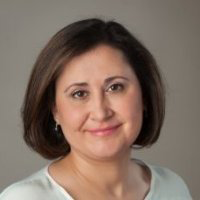 Simla says she first became interested in studying economics while growing up in Turkey. At that time, she says, Turkey was going through a transition, and many news outlets started featuring an economics page for the first time.

Simla became a part of CARD in 2002, when John Beghin brought her in to be as an international grain analyst for FAPRI. “Working at CARD allowed me to learn modeling skills with a focus on microeconomic foundations. I had excellent colleagues from which I learned. Having an amazing team environment where you are working on research together really prepared me for the future,” she says.

Simla currently works at the International Food Policy Research Institute as a research fellow in the Trade and Institutions division. She resides in Arlington, Virginia.