Do You Remember? - Sergey Sotnikov 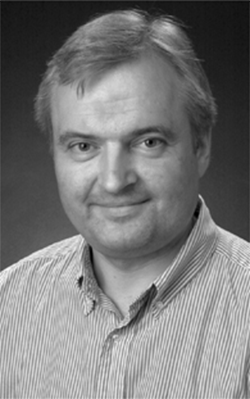 “My introduction to CARD was the result of a meeting in the beginning of the 1990s between my former boss, Dr. Victor Lishchenko, and a newly appointed Director of CARD, Stanley Johnson. At that time, the Soviet Union was transitioning from a centrally planned to a market economy, and it was important to know how the patterns of agricultural trade would change as a result of that transition. In particular, the Soviet Union used to import millions of tons of feed grains that were fed to livestock and poultry domestically. This begged two practical questions: Would that strategy make sense in market conditions and would importing meat instead of grain be a more viable strategy?” Sergey said.

CARD decided to send then-assistant-professor Dermot Hayes to the Soviet Union to investigate the issues on the spot. Boris Chernyakov and Sergey organized that trip for Dermot. As a result of that trip, the manual “Meat Marketing in the Former Soviet Union. A Guide for U.S. Meat Exporting Companies” was published as a collaborative work. Stan Johnson and Willi Meyers made several visits to Moscow that Boris and Sergey helped to host.

“Working with Dermot allowed me to better understand CARD’s mission and sparked my interest in agricultural economics. And…finally led to my decision to apply for graduate studies at ISU. Studying was tough, but instructors were excellent—Peter Mattila, John Schroeter, Harvey Lapan, Leigh Tesfatsion, and Catherine Kling to name a few. My first roommate at ISU was David Hennessy, who was finishing his PhD study, when I just started mine,” Sergey said. Sergey received a PhD in agricultural economics with a specialization in international and environmental economics and food and agricultural policy analysis in 2000.

The ISU experience, as well as having an assistantship and post-doc position with CARD, opened up many new opportunities for Sergey, including consulting and research assignments with the World Bank, United Nations, and Food and Agricultural Organization. Applied economics skills acquired at CARD allowed Sergey to apply for a fellowship at the Centers for Disease Control and Prevention (CDC). At that time, the CDC was recruiting economists to enhance their capacity in evaluation of public health programs. Sergey’s research at CDC includes public health policy and economic evaluation of public health interventions, application of advanced econometric and statistical modeling methods, and cost-effectiveness and return on investment studies. “I know that the CARD mission has evolved over time from agriculture to environmental issues. Some of my former CARD colleges (David Hennessy, Sonya and Wallace Huffman) have become interested in public health issues, like obesity, disease epidemics, and preparedness. I hope that will become a trend leading to closer cooperation between CARD and CDC.”

Sergey and his family (wife, Olga and daughter, Maria) have very warm memories of Ames. “My daughter, Maria, was educated at Ames Public Schools and went on to graduate from Georgia Tech, a prominent engineering school, with degrees in industrial engineering, public policy, and urban planning.” Sergey currently resides in Atlanta, Georgia. “I enjoy spending time with my family in our historic bungalow—doing home repairs, gardening, listening to vinyl records, and reading takes most of my spare time.”