Do You Remember? - Keith S. Evans 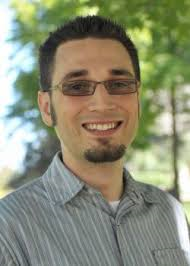 Keith Evans didn’t start his collegiate career with the intent of studying economics. “Originally, I was [studying] political science and wanted to become a lawyer—I was competing in collegiate debate and this seemed the natural extension of this activity—but was interested in taking an upper-level environmental economics class that had several other economics courses as prerequisites,” he says. Eventually, Keith found that he enjoyed his economics courses more than political science, so he decided to make a change.

“After many conversations with economics faculty at my undergraduate university and research into the various programs I crafted my “short-list” of schools,” he says. “Iowa State was well-known for its strength in environmental economics and econometrics and quickly rose to the top of the list.” Keith then came to CARD during his first year of his Ph.D. program, when Cathy Kling invited him to work on the Iowa Lakes project, a project in Montana, and eventually at CARD. “During this time, I worked on a series of projects with Cathy and Dr. Joseph Herriges including: (1) an interdisciplinary project exploring development patterns in southwestern Montana (Montana project), (2) a multi-year project collecting information on Iowa lakes visitation patterns and preferences (Iowa Lakes Project), and (3) a project collecting information on Iowa rivers visitation patterns and preferences (Iowa Rivers Project),” he says.

Keith says that he remembers three important things from his time at CARD: helpful staff, access to resources, and what he calls the cohort effect—“working with other graduate students and faculty interested in resource and environmental policy issues—connecting policy with economics,” he says.

Currently, Keith lives in Bangor, Maine, and is an Assistant Professor of Marine Resource Economics at the University of Maine. He and his wife Courtney Evans have three children, Jade (18), James (8), and Shannon (4). Keith says his position doesn’t allot him much free time, but when he does have some he enjoys hiking, camping, ice skating, and homebrewing.