Do You Remember? - Junjie Wu 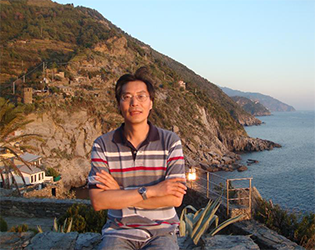 Junjie Wu recalls his time at CARD as being some of the most productive years in his career. “By working with talented people in CARD, I was able to study some of the most interesting and challenging issues related to agricultural production, water quality, and conservation policy in the United States,” he says.

Junjie says that he first started studying economics through a stroke of luck. “I was introduced by a professor to a new university founded by some Chinese Americans, modeled after the US educational system,” he says. The new university was only offering four programs of study, including on in economic management, which Junjie was not only qualified for, but interested in.

After receiving a graduate diploma in business economics from Yellow River University in 1987, Junjie received his Ph.D in agricultural economics from the University of Connecticut in 1992. In 1994, he applied for a visiting scientist position at CARD. “After about a year, I was offered an associate scientist position, responsible for developing the Resource and Agricultural Policy System (RAPS),” he says. “What I remember most about my time in CARD is people—world-class faculty, talented graduate students, and friendly staff. CARD has a great reputation in agricultural economics and is a leading think tank in agricultural and conservation policy.”

When he left CARD in 1997, Junjie was hired as an assistant professor in the department of agricultural and resource economics at Oregon State University. Since then, he has become a full professor at the university, and was awarded the Emery N. Castle Endowed Chair in Resource and Rural Economics.

Junjie currently lives in Corvallis, Oregon, with his wife and one child where he enjoys hiking in the forest and walking on the beach.