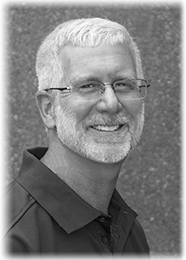 The fifth director of CARD, John Crespi joined the faculty of Iowa State in 2015 and accepted the CARD directorship in February 2020, after having served as interim director for about 18 months. His academic focus is in agricultural economics and industrial organization.

As director, John says he will keep CARD focused on many of the same local, regional, and global agricultural issues it has always researched, such as how farm policies translate into crop insurance, land values, and SNAP benefits. He will also honor CARD’s land-grant missions of teaching, research, and extension.

John began receiving awards for his research early in his career—he is the recipient of the Gordon A. King and Agricultural and Applied Economics Association Outstanding Dissertation awards. He also received the Bruce Gardner Memorial Prize for Applied Policy Analysis, the Western Agricultural Economics Association Award for Outstanding Published Research, and the Gamma Sigma Delta Early Career Award for Teaching & Research.

Fast Fact: CARD provided stakeholders, government agencies, and legislators timely economic analysis on the impacts of the trade wars, the 2020 derecho, and the COVID-19 pandemic on both Iowa and Midwest agriculture. 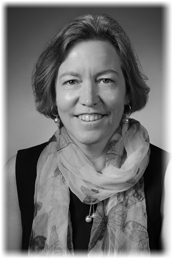 As director, Kling kept agricultural policy and analysis of worldwide commodity markets at the core of CARD’s mission. She also addressed new challenges faced by the agricultural sector, such as the food vs. fuel debate that is deeply entrenched in the corn ethanol sector, and pressures to address environmental concerns both locally and globally. Cathy also increased CARD’s reach by working with other groups and individuals both on and off campus.

Kling’s academic career in environmental economics has already brought her national and international attention. She was named a Fellow of the American Agricultural Economics Association in 2006, was awarded the Bruce Gardner Memorial Prize for Applied Policy Analysis by the Agricultural and Applied Economics Association in 2011, and in 2013 the University awarded her with its highest honor—the Charles F. Curtiss Distinguished Professorship. In 2015 Dr. Kling was elected a Fellow of the Association of Environmental and Resource Economists and was also appointed to the National Academy of Sciences.

Fast fact: Kling’s focus on environmental economics makes her the first CARD director to not have an academic focus on agricultural economics. 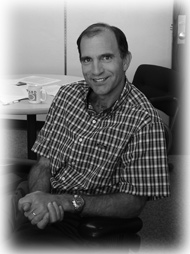 The third director of CARD, Bruce Babcock accepted the position in 1998, after serving five years as head of the Resource and Environmental Policy Division at the Center. His environmental economics research looked at ways to increase the cost-benefit ratios of agricultural conservation programs.

Babcock guided an anticipatory philosophy within CARD that moved the Center’s resources and expertise toward the next policy questions on the horizon. CARD’s research on the impacts of biofuels on agriculture is one example.

Babcock was called upon by Congress and the USDA numerous times to share his expertise on a variety of topics, from weaknesses in the crop insurance program to the effects of renewable fuel mandates. He is in high demand as a conference speaker and as an expert for media reporters nationwide.

Fast fact: Babcock directed a budget of around $4 million at CARD, of which about 84 percent came from grants and contracts. 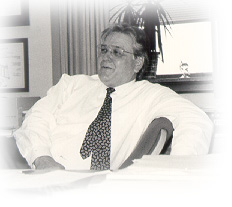 Stanley Johnson came from the University of Missouri-Columbia to Iowa State in March 1985 to succeed Earl Heady as director of CARD. He was named a Charles F. Curtiss Distinguished Professor of Agriculture in 1990.

Johnson bolstered new research areas in CARD, including food and nutrition policy and agricultural trade policy. He recruited talented faculty, staff and students to the Center to strengthen CARD’s research capabilities and broaden its policy contributions.

Johnson’s 11-year term as director concluded when he was appointed vice provost for Extension in 1996, a position he held until his retirement from ISU in 2006.

Fast fact: Much of the analysis used by Congress leading up to the 1985 farm bill—at a time of crisis for American agriculture—came from CARD under Johnson’s leadership. 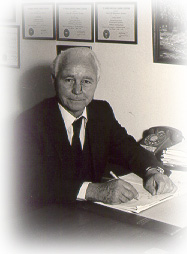 Earl Heady earned international acclaim for his contributions in developing theory, experimental designs, quantitative analyses and economic interpretation for interdisciplinary research between economists and technical scientists. He was director of CARD from 1958 to 1984 and Iowa State’s first distinguished professor of agriculture.

Under Heady’s direction, CARD grew into an internationally renowned agricultural policy center. Heady was ingenious for his use of economic modeling, which allowed agricultural decision-making to become much more scientific.

Traditionally, farmers and others relied on experience and observations to make important decisions, such as buying and selling commodities. Modeling made it possible for analysts to evaluate many interrelated factors that affect farm income and performance.

Fast fact: In 1968, Heady organized the East-West Seminar, a gathering of 48 economists from 18 countries to discuss agricultural economics.

Notes:
· Michael Boehlje was acting professor in charge from March 1984 to March 1985.
· William Meyers was interim director for the years 1996-1998; he had served as Stan Johnson’s assistant director.